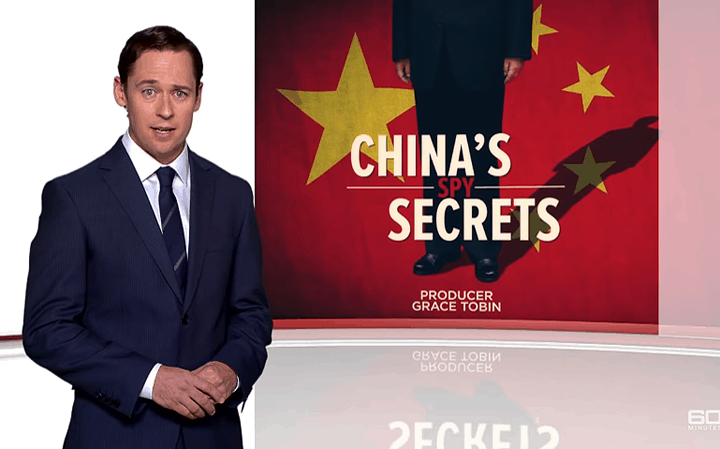 Last Sunday Night 60 Minutes Oz ran a special report about a former Chinese spy who schemed to get a fellow Chinese spy elected to the Australian parliament. The story was purportedly so big, so important, that the investigation took the combined resources of 60 Minutes, The Age, and The Sydney Morning Herald to carry it out.

We weren’t told why the ex-commie quit the spying biz. Not in any satisfactory detail. Only that he’s very sorry and will never do it again. We did learn he has a wife and a child in Oz. Both Chinese. And we learned his Communist Chinese former employers wish to expedite his departure from this mortal coil.

But the report was pure cowpat contrived to make us believe that the patriotic saints in Canberra are doing all they can to defend Oz from the yellow peril. Yeah sure they are. Take a walk through any Australian city and you’ll see so much yellow flesh you’ll think you’ve wandered into the hepatitis wing of the world’s largest infectious diseases hospital.

The plan for the Chinese to take control of this country wasn’t hatched by Red Communists but by white conservatives, members of the Harold Holt government, in the 1960s under direct orders from the United Nations. Phase one was the dismantling of the White Australia Policy.

Funny how our pollies and the media whine loud and long about Chinese subterfuge, land grabs, and lust for power, yet say and do nothing about ending or even limiting Chinese immigration here. Don’t they know that Chinese Communists are Chinese too?

You bet they do.