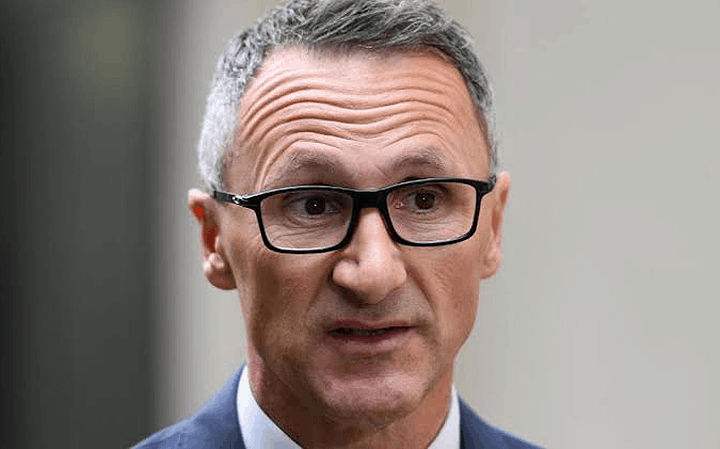 Di Natale, the leader of the Greens party, a political organization as beneficial to white Australians as advanced-stage pancreatic cancer, isn’t happy with the way old white men are triggered by creepy climate-change homunculus Greta Thunberg, who’s been named Time magazine’s Person of the Year.

Unsurprisingly, it’s been the source of great debate.

Neil Mitchell quizzed Greens leader Richard Di Natale about the decision, questioning whether there was somebody behind the scenes “pulling the strings”.

“I’m sorry for my colour, Richard,” he said.

Di Natale is of wog parentage. His mother and father immigrated to Australia from Italy. His father is a Sicilian. Sicily was a haven for Jews until 1478, when the Spanish Inquisition began. Most of Sicily’s Jewish population got the message and fled the region, but some remained and were not harmed provided they converted to Catholicism.

Di Natale has a Jew’s physiognomy, cop a look at that hooter, and a resume to match. He’s worked for pro-non-white causes all his adult life. A registered quack, he treated shitfaced abos in the Northern Territory and HIV-infected future telephone scammers in India before entering the political arena, where he fought like a spag Spartan for multiculturalism, mandatory vaccinations, and poofter “marriage”.

Ironically, the name Di Natale means “of Christmas”. Even the Devil has a sense of humor.