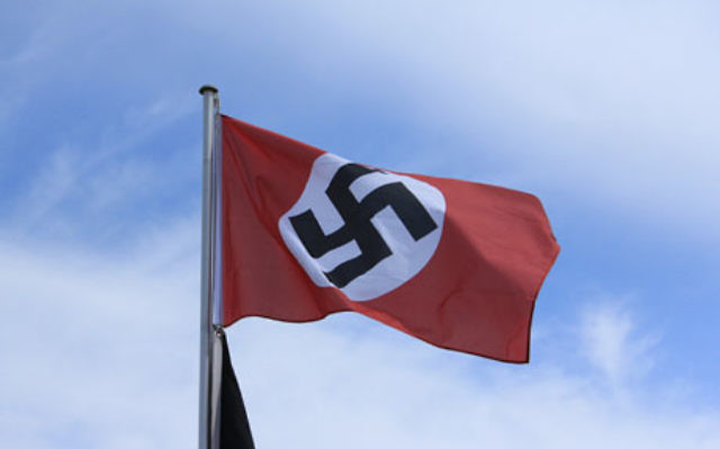 A swastika-emblazoned flag flying defiantly in the Victorian country town of Beulah, named after the biblical land of Beulah  (Isaiah 62:4), has raised the ire of State Attorney-General, Jill Hennessy.

A flag bearing a swastika and other Nazi symbols has been flying for several weeks in the state’s west, but police can’t take it down.

Residents of the Mallee town of Beulah have made several complaints to police and the council about a couple in the town who are displaying the offensive flag above their home.

However, State Attorney-General Jill Hennessy told 3AW Morning’s Heidi Murphy current laws do not give any state agency the power to take proactive action against the flying of a Nazi flag.

Hennessy can’t do anything about the flag. For the time being. But where there is a will, and powerful Jewish lobbies, of which Melbourne is home to several, there is a way.

Currently, The Racial and Religious Tolerance Act 2001 only applies to engaging in serious racial vilification, such as inciting hatred or physical harm against another person or group.

Ms Hennessy says the issue will be front and centre of the state parliamentary committee’s discussions around reforming the laws, which are currently underway.

“We do think [the laws] fall short of enabling us to respond to some of the current challenges we see in this space,” she said.

The discussions are “currently underway,” which means they’ve been in the works for some time. The Nazi flag, which has three drink-driving convictions and is the lead suspect in an armed hold-up of the Warracknabeal branch of the Bendigo Bank, is merely an excuse to justify the reforming [read: ramping up] of the Act. The Act is set to become more restrictive to make whites less racist. No Nazi Flags. No Nazi Books. No Nazi memorabilia for us.

But the restrictions won’t end there. Oh no. When Hennessy talks about responding to “some of the challenges we see in this space,” she’s really talking about abolishing all expressions of White Nationalism and, ultimately, all White Nationalists. To our duplicitous parliamentarians, a White Nationalist/Nazi is anyone and everyone who raises even the smallest objection to China’s annexing of Oz. Something that is also currently underway.

It’s providential that a symbol of white pride and separatism like a Nazi flag should be flown in a place called Beulah.

Beulah signifies the restoration of the tribe of Judah’s relationship with God after their Babylonian captivity. Thy land shall be married means that God will protect the land, and His people, like a loving husband protects His wife.

Things look pretty bleak for white Aussies at the minute. But they won’t stay that way. Not forever. Once we finally twig that we can’t get by without God’s help and repent of our pigheadedness, He will make this land Beulah once more. A place where whites can dwell alone in peace and safety.