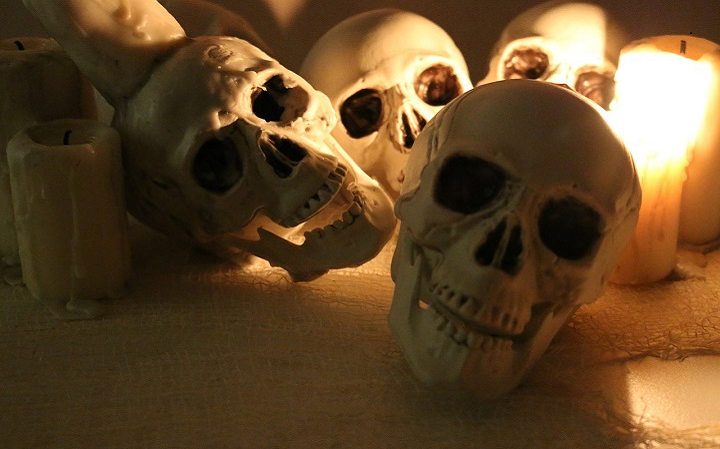 Revelation 13:16-17
16 And he causeth all, both small and great, rich and poor, free and bond, to receive a mark in their right hand, or in their foreheads:
17 And that no man might buy or sell, save he that had the mark, or the name of the beast, or the number of his name.

Trial testing of the “vaccinated economy” has begun in some parts of country Victoria or, as ratlike parliamentarians like to call it, regional Victoria.

Victoria’s new vaccinated economy will be trialled in six regional areas from today.

The businesses involved include cinemas, hotels and cafes, a gym, an art gallery, a church and a beauty clinic.

Everyone attending the venues will have to show proof of vaccination.

The trial comes ahead of plans for a concert with thousands of attendees at the Sidney Myer Music Bowl on October 30 and the Melbourne Cup, which is expected to proceed with a 10,000 fans next month.

Industry Support Minister (((Martin Pakula))) says it will help inform decisions around reopening in other areas.

“This is a really important step on the path to us becoming an open, vaccinated economy. We need these trials to ensure we understand all of the potential issues that may arise,” he said.

Why they don’t just call it the Mark of the Beast is beyond me. I mean, talk about obvious. I’d love to know what pro-vax judeo-Christian preachers are going to tell their congregations once the government has mandated that anyone who hasn’t been vaxxed will not be allowed to work, receive medical care, use the banking system, or collect any form of social security benefit. If it looks like a duck.

Things haven’t reached that stage yet, but they will. All the government has to do is further demonize the unvaccinated in the eyes of the public. Exactly how it will do this is open to speculation. My guess is that a group of primary-school-age children will be given a fatal dose of bioengineered poison in the guise of a COVID-19 vaccine that will kill them in short order and that medical authorities will claim they died from the “deadly” virus after coming into contact with an infected anti-vaxxer.

This will be the number one story in mainstream news bulletins for some time, with anguished parents tearfully recounting the deaths of their precious children in hospital ICUs, and politicians of all stripes calling for compulsory vaccinations so that no one else will have to go through the hell that the grieving mums and dads are experiencing.

It was no coincidence that one of the Port Arthur Massacre gunmen fatally shot Walter Mikac’s young daughters. There’s nothing like dead children to lend sympathy to a cause. Gun confiscation in that instance.

Don’t be fooled by the government’s pretensions to caring for the young and vulnerable. Remember that it was the government that legalized infanticide (abortion) in this country. Every day, living, breathing children are hacked to pieces in their mothers’ wombs, but where is the political or media hue and cry about this wholesale murder committed with malice aforethought?

Apart from loudly boycotting all businesses that refuse entry to us conscientious vaccine objectors, we need to start preparing, like last year, to pull up stakes and move to “regional areas.” The writing is already on the wall. The city and the suburbs are no place for us white Christians. Not that they ever were. Unless we can learn to live off the land, far away from government tyranny and the coming social persecution, then we probably aren’t going to live long.