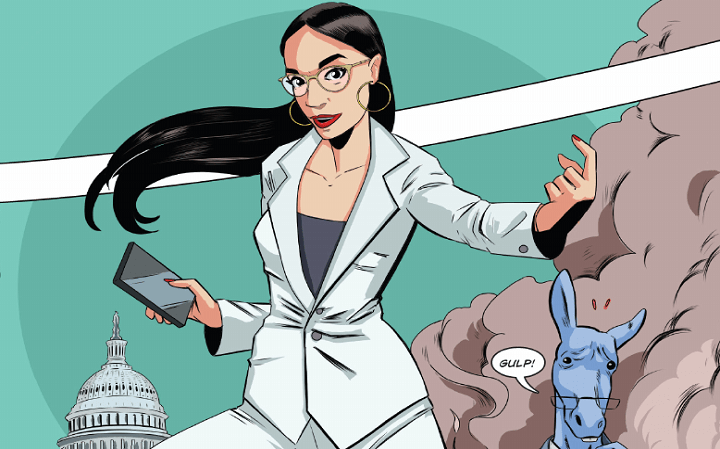 In what is unquestionably the worst superhero comic book ever published, Alexandria Ocasio-Cortez and the Freshman Force, Squad Special #1, bug-eyed, mule-toothed, gastric-skinned Jew AOC heads a team of diversity placement superheroines who save the world from a chest-bursting confederate general and Donald Trump in a garage-sale lion suit. Freshman Force? It may be a lousy name for a superhero team, but it’s an absolutely fantastic name for a male roll-on deodorant.

The series of deplorably illustrated leftist diatribes that make up the comic are set, presumably, on a parallel Earth. It’s a magical place where man-made global warming actually exists and white racists really do pose a greater planetary threat than a hail of nuclear warheads. But whatever the threat, AOC and her fellow non-white supremacists can handle it. 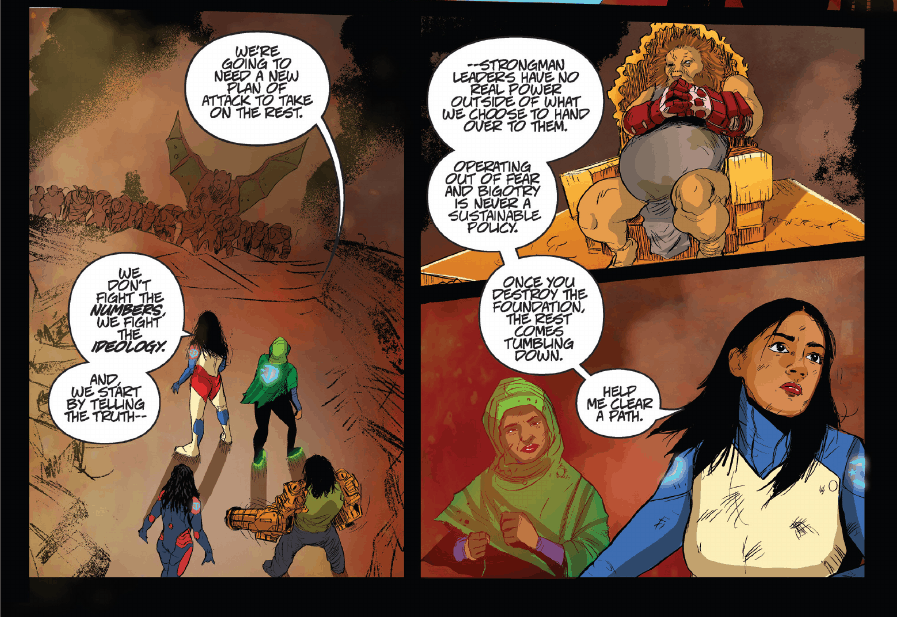 There was a time when the Jews and their Stepin Fetchits kept mum about their plans to raze white Christian civilization. But not anymore. Now they’re up front about it, like Hannibal Lecter letting a future victim know which of her body parts he’s going to flambé.

AOC appears in a number of different guises throughout the comic. Here she is as a female Christ ascending into Heaven with the elect of ZOG. 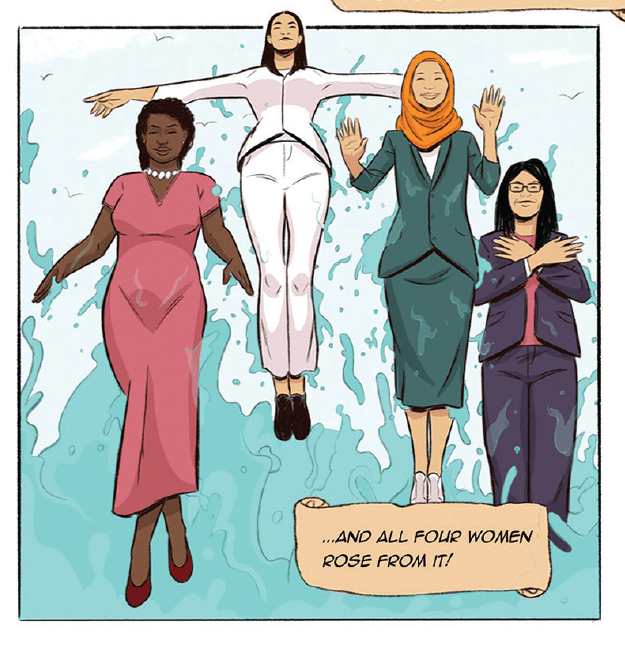 But her most memorable incarnation is that of a belligerent cyborg who dies in a snowy waste to protest thousands of Puerto-Rican lives lost in a racist natural disaster. You go, girl! 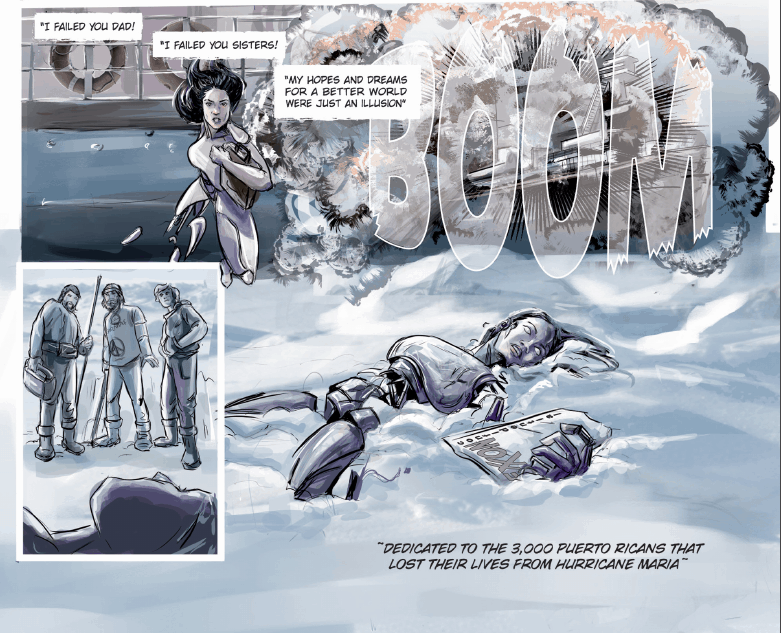 If a superhero comic contains an editorial, it’s usually found near the back of the comic. But this comic is different. This comic has editorials all over the place. There’s one at the back and one at the front and there are several in between. Even a page of mock ads can’t escape the incessant agitprop. Every single panel is a reminder to the reader that without a machete-waving muzzie hollering on every street corner and an unshaven tranny loitering in every female lavatory the West is all out of luck. 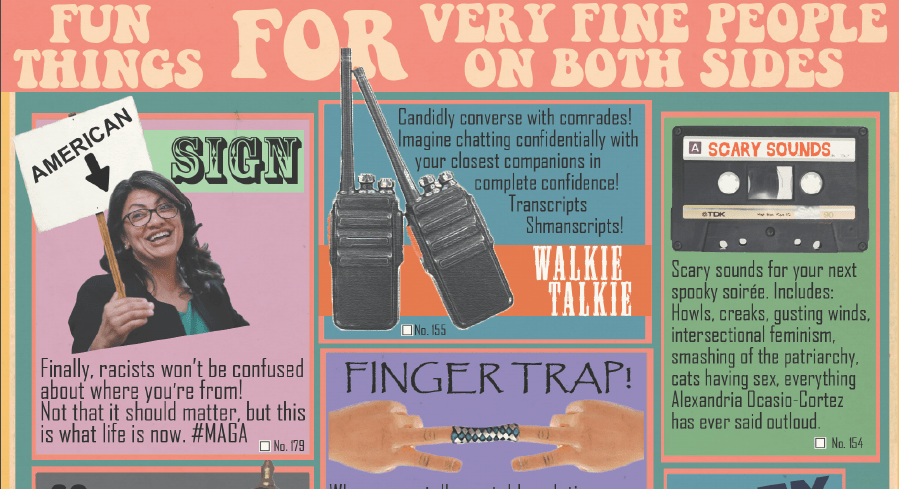 It’s clear that the comic’s creators haven’t really thought through the marketing side of things. Their comic is aimed at SJWs. The trouble is that SJWs don’t buy superhero comics. Sexist, politically incorrect teenage boys do. But they’re not going to shell out money for a steaming pile of Marxism like this. And that’s a shame because some of the book’s proceeds will go to giving illegal aliens a leg-up over Trump’s make-believe border wall. A worthy cause if ever there was one.

Do NOT follow this link or you will be banned from the site!