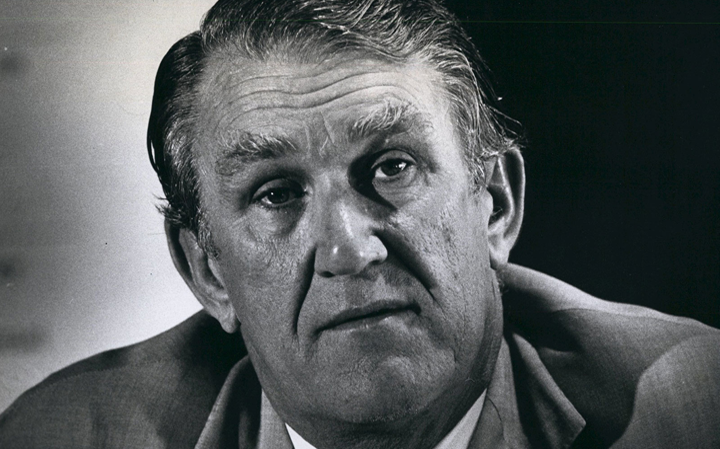 It was in the early noughties that I learned former prime minister Malcolm Fraser was a distant relative of Satan. A friend who was a member of the virulently antiseptic (have I got that right?) Australian League of Rights told me. He’d read it in a booklet written by the late Bruce Ruxton. Ruxton, who put the outspoken in outspoken, was the then president of the RSL (Returned Servicemen League). He didn’t refer to Fraser in his booklet as blood kin to the Devil. Instead, he used the generic, less descriptive term Jew—or Jewish. At least I’m assuming he did, because I’ve never read the booklet. How’s that for exhaustive research?

The answer is found in his ancestry. Fraser was Jewish on his mother’s side, but his father was white, and it was his father who built and ran the sprawling sheep station where he spent his formative years. Fraser worked there because it was his home. He had no say in the matter. Howbeit, the drayloads of dollars the immensely profitable concern made would have eased his biological aversion to all the dust and the dung.

The malignant branch of Fraser’s family tree is now common enough knowledge that even Wikipedia recognizes it. But it wasn’t so common when Fraser ran for political office in the 1970s. Fraser claimed he didn’t learn he was a Jew until later in life. Cynics like your blogger would suggest he did know but kept mum about it because Aussies were by default racists back then and may not have voted for an openly Jewish man.

Fraser had the charisma of a carpet stain and the looks of a stone sarcophagus. The only reason he was voted twice into office was that the Australian public had had its fill of the slapstick mismanagement of Gough Whitlam’s Labour government.

In Australian politics, a Liberal government is a conservative government, or it’s supposed to be. But ever since the late 1960s, when Harold Holt plunged the first knife into the Immigration Restriction Act, aka the White Australia Policy, it has done anything but conserve (white homogeneity). Fraser continued this fresh tradition of Liberal anti-conservatism. In fact, he took it multiple floors above a whole new level.

One of the first politicians, if not the first, to tout the whopper that diversity is our strength, Fraser helped lay the foundation for a multiracial Australia at a time when most white Australians wanted the country to stay white. From 1975 to 1982, his government let 70,000 Indochinese refugees settle here. Food hygiene in Australia would never be the same again. But the mark the Indochinese made was nothing compared to that of the Lebanese, most of them Muslims, he expedited to our shores. Today, they control more than 50 percent of organized crime and commit the most acts of terrorism Down Under.

SBS is now a network of TV channels. While its brief still is to encourage whites to hook up with racial aliens, it has diversified into the promotion of sexual degeneracy, transgenderism especially. Shows like RuPaul’s Drag Race are network fixtures.

Ever the Jew destroyer, Fraser was not content with ruining life for white Australians, he also set his pernicious peepers on whites who called other countries home.

During the Commonwealth Heads of Government Meeting in 1979, Fraser convinced the British prime minister, Margaret Thatcher, to turn her government’s back officially on white rule in Rhodesia. A year later, Rhodesia became Zimbabwe, with whites ceding political power to learned darkies. Fraser’s important role in ending white control of Rhodesia was recognized by both the President of Tanzania, Julius Nyerere, and the President of Zambia, Kenneth Kaunda.

It’s no secret what happened to “Zimbabwe” under black administration. Once agriculturally rich and economically prosperous thanks to the nous and work ethic of white farmers, it plummeted into poverty, scarcity, and lawlessness. Many of the white farmers were slaughtered by rampaging blacks who had government approval to dispossess them of their land.

The new, swarthy owners weren’t big on farming. They hurriedly stripped the properties of anything they could sell for cash, then gave what was left to the god of disrepair. The whirlwind reaped was a triumvirate of food shortages, massive unemployment, and history-making hyperinflation.

But that was then.

How is the country formerly known as Rhodesia traveling today? Have things got any better? Nelson Chamisa, the leader of Zimbabwe’s Movement for Democratic Change, has this to say:

We are a broken and divided nation, led through fear, governed by force and ruled through violence…. People have been impoverished beyond measure; no jobs, no income, no lights, no water, no food; prices are escalating while incomes are plunging. It’s just hell on earth: a beautiful country and hitherto relatively prosperous country turned into a hellhole by a failed, rogue and corrupt politics and policies!

Long ago, I watched a televised discussion on Pauline Hanson’s One Nation party. Malcolm Fraser and Gough Whitlam were the featured guests. The name of the show and its year of production elude me, but I remember that it was broadcast when One Nation was sparkling new and presented what was thought to be a dire threat to the political status quo in Australia. What struck me about the discussion was how pally-wally the two ex-PMs were. They were supposed to be the bitterest of enemies, yet there they were on the verge of dry humping each other. The show ended—true dinks—with them locked in a loving embrace.

The key moment in the discussion came when Fraser said Labour and Liberal may have to become one party to defeat One Nation. Neither Whitlam nor the show’s host laughed or even tittered at Fraser’s suggestion. Why would they? In their mind, it was an option worthy of serious consideration.

If anyone were to ask me why politics is a mug’s game and why there is literally no difference between the major political parties, the preceding anecdote would be my answer.

One Nation was never a White Nationalist party, but that didn’t matter to Fraser. Any political organization that gave off the merest whiff of pro-white sentiment was enough to put him in panic mode. Jews live in absolute fear of what Rudyard Kipling called the wrath of the awakened Saxon, that day when whites finally wake up to who is behind the destruction of their civilization and the (attempted) genocide of their race and then exact comprehensive revenge. Fraser did his utmost to prevent that awakening from happening, but in his folly, only precipitated it.