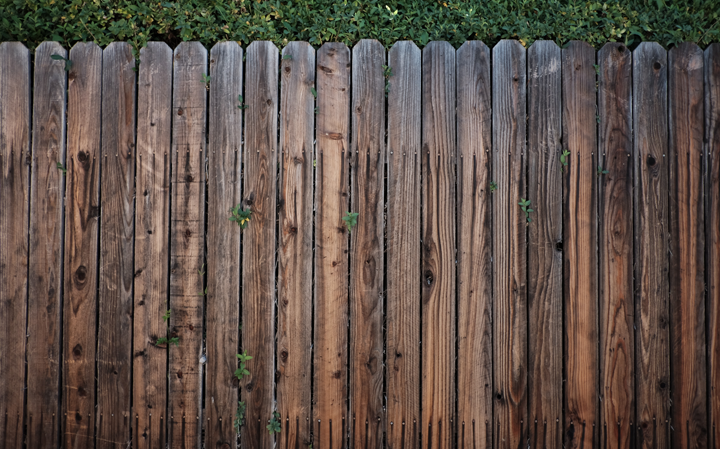 Jason was checking the tomato plants in his backyard when he heard the voice. It sounded like an LPG forklift driven by a singing toy bunny. The bloke it belonged to was standing on his side of the fence, at the opposite end of the yard, leaning over into Jason’s side. His big round face had a naughty grin on it, as if he’d told the dirtiest joke ever.

“Don’t get me started about that coronavirus thing. Sick of hearin’ about it. Do you know how much business that chinky-chonk bug has dudded me outta? Sell me bloody grandma!”

Chinky-chonk bug. Jason was starting to like Tolly already. “So you’re my new neighbor?”

“Yep. Me and the missus and the kids moved in last Wednesday. Had to do the shifting ourselves. The mob we’d lined up to do all the grunt work didn’t show. Bloody Pakis they were. Must’ve got a better payin’ gig on Airtasker. Mongrels.”

A white bloke and a kindred racist, to boot. Jason had hit the neighbor jackpot. Up close, it was plain that Tolly knew what brand of toothpaste manual labor used. His oven-mitt hands looked as if they could drive a lamppost into granite, and his shoulders could bear a safe packed with gold bullion. The sun or high-blood pressure had painted his face red.

“Oh, so you do all your work online? I wish I could do plumbin’ online. No such bloody luck.”

“I feel your pain. Half of my customer base is unemployed now, and for what? A pile of alarmist crap about a virus no worse than the flu.”

Tolly chuckled approvingly. “Do you listen to Alex Jones?”

“Sometimes.” Jason listened to that yapping ZOG shill once in a while, but only for laughs; some of the compilation videos of his crazier rants posted on BitChute were hilarious.

Tolly’s stocky frame twitched with excitement. “Sometimes” was all the go ahead he needed to recite the latest intel from Jones. “Alex reckons the chinks made the bug in some lab. Bill Gates put ‘em up to it. He’s gonna use the pandemic as an excuse to inject us with his microchipped brew. Gonna kill two thirds of us with it he is. The creepy dork’ll go down as the worst homicidal maniac in history. No surprises there. Take a butcher’s at the bloke. Sell me bloody grandma, he looks like Count Dracula after a day at Bondi.”

Good ol’ Alex Jones. He could always be counted on to give the public just enough truth to satisfy their conspiratorial appetites without giving them all of it. Jewry’s starring role in the downfall of Western Civilization being a prime example. The only Jew who Jones referenced with any regularity was George Soros, and only in Soros’ capacity as a member of that nebulous cabal of supervillains known as the global elite, never in his capacity as a Jew. Jason would have to fill in the vast gaps that Jones had left in Tolly’s understanding of the world.

“Gates has an interesting family background,” he said.

“What? Are they a pack of lizard people or something?”

“Close. Gates’ old man was a lawyer for the Rothschilds.”

Jason paused to let Tolly process that bit of info.

He didn’t need to process it for long.

“You mean he’s a Jewboy? He must be if his old man was hangin’ out with those . . .” He threw a cautionary glance over one of his heavy-duty shoulders, then whispered, “Effin’ bloodsuckers.”

Those vast gaps had just got a whole lot smaller. Either Jones had taken to reciting passages from The International Jew, or Tolly had been scouring the Web for more illicit commentary than that found on InfoWars.

“Yeah, he’s a Jewboy,” Jason said. “A Jewboy who wants to jab us all till there’s none of us left to jab.”

Tolly dipped his head and shook it. “They’re a funny bunch, the Jews. Dunno why they do what they do, but sell me bloody grandma there’s a ton of ‘em doin’ it.”

If that wasn’t a greenlight to give Tolly a lesson in Jews 101, Jason didn’t know what was.

“It’s like that old story about the scorpion and the frog,” he said. “You know that one?”

“Yeah. Alex repeats that every week pretty much.”

“Well, as you’d know, then, some things, some people, some races of people, act like they do because it’s hardwired into their DNA. They can’t help themselves. They couldn’t not do what they do even if they didn’t want to do it.” Jason smiled self-consciously. “If you know what I mean.”

Tolly eyeballed Jason in the fiercely cynical way a cop does a fudging suspect. “Now, let me get this straight. You’re sayin’ the Jews, pretty much all of them, are like that scorpion. Is that what you’re sayin’?”

Jason had stepped too far over the racialist line to step back or equivocate.

Tolly’s fiercely cynical look stood its ground until a roguish grin routed it. “I reckon you’re right, matey. Never liked the forbies. Even before I was a wake up to what’s happening in the world. There’s something off about them, like those people in that . . . what was the name of that flick, that one with the pod people?”

“Invasion of the Body Snatchers?”

“Yeah, that’s the one. I mean, sell me bloody grandma, they look human—some of ‘em more than others—but they carry on like a pack of invading spacemen. I’ve done work for the bastards. Did a big job at Ripponlea a year back. That joint’s over a square click of nothin’ but forbies. The bloke I did the job for wore this furry car-tire thing on his bonce. Watched me like a bloody hawk he did. Couldn’t go five minutes without asking me why I was doin’ what I was doin’. You shoulda seen his eyes. They were as black as a cancerous lung. Stared right through me. His kids were the same. He had a brood of six boys. They stood around in their weird getups, lookin’ at me like I was layin’ landmines in their backyard. I was glad to get out of the bloody place. You know, it took me six damn months to get paid for that job. Had to threaten legal action to get the dough. I bet there’s probably only two degrees of separation between him and that bloodsucker, Gates.” Tolly smirked. “Maybe they’re first cousins. What do you reckon?”

Wow! Tolly had earned his black belt in anti-Semitism with that lot. He wouldn’t require much converting to the cause.

“Are you married, matey?” Tolly asked.

Tolly leaned a little further over the fence and in a hushed voice said, “That’s where all the fun’s to be had, eh, matey?”

“Sure is. Guys like you and me have to make the necessary sacrifices to keep our ra—”

For a second, Jason thought he’d heard air squeaking out of a party balloon, but then realized it had squeaked out of a human.

“That’s the missus,” Tolly said with a wink. “Why don’t you introduce yourself?”

“Why not?” Jason turned a ceramic pot upside down and stood on it. He was smiling when he looked over the fence. And then he set eyes on “the missus”.

She was a chunky, gnomish Filipino with an almost fully baked bun in the oven.

Mutya is right, Jason thought. What a dog!

A latte-colored six-year-old boy whose fat-to-muscle ratio read SUPER SIZE ME waddled up beside the Mutya and stared brainlessly at him.

“You and your missus must come over for a barbie sometime,” Tolly said, hefting himself toward his grievous family.

Tolly and wife disappeared into their love nest as a baby caterwauled from within, but their glutinous boy-thing hung back to deliver Jason a special message. It came in the form of a chimplike jutting out of his lower dentition. He then followed his parents indoors. Jason watched after him, flabbergasted.