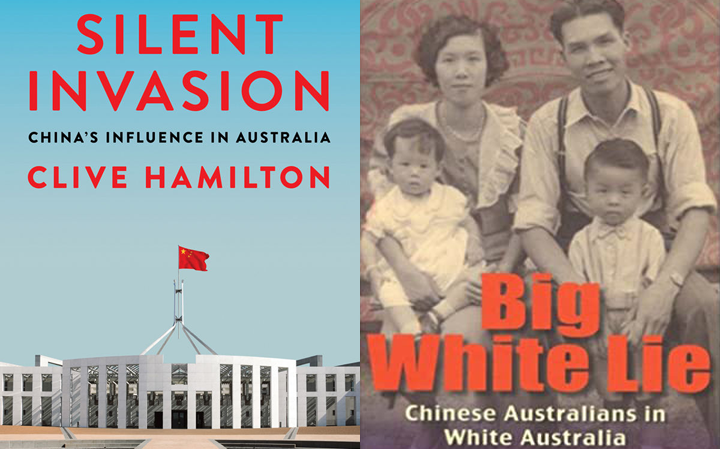 While Aussies have their hands, noses, and lungs full battling the bigly over-hyped invasion of the Wuhan flu, another, far deadlier invasion of the Asian variety remains unbattled. I’m referring to the Canberra-approved invasion of Australia by the Chinese.

The closest our pollies and the media have come to discussing this invasion is only in terms of massive real estate buy-ups and Red Chinese spies tainting our unimpeachable electoral process. Even bogans firing saliva at people of Asian appearance for “bringing the bug here” have done a better job of highlighting the danger of letting Chinese dwell among us.

In his book, Silent Invasion: China’s Influence in Australia, Clive Hamilton details the Chinese’s nefarious influence on Australia and its way of life.

Respected academic Clive Hamilton realised something big was happening when, in 2016, it was revealed that wealthy Chinese businessmen linked to the Chinese Communist Party (CCP) had become the largest donors to both major Australian political parties. Hamilton began to investigate the Chinese government’s influence in Australia. What he found shocked him.

From politics to culture, real estate to agriculture, universities to unions, and even in primary schools, he uncovered compelling evidence of the CCP’s infiltration of Australia. It is no exaggeration to say the CCP and Australian democracy are on a collision course, with the CCP determined to win, while Australia looks the other way.

Thoroughly researched and powerfully argued, SILENT INVASION is a sobering examination of the mounting threats to democratic freedoms Australians have for too long taken for granted. Yes, China is important to Australia’s economic prosperity; but, Hamilton asks, how much is sovereignty as a nation worth?

Short listed for the Prime Minister’s Prize for Australian History. Much has been written about the White Australia Policy, but very little has been written about it from a Chinese perspective. Big White Lie shifts our understanding of the White Australia Policy—and indeed White Australia—by exploring what Chinese Australians were saying and doing at a time when they were officially excluded. Big White Lie pays close attention to Chinese migration patterns, debates, social organizations, and their business and religious lives and shows that they had every right to be counted as Australians, even in White Australia. The book’s focus on Chinese Australians provides a refreshing new perspective on the important role the Chinese have played in Australia’s past at a time when China’s likely role in Australia’s future is more compelling than ever.

Fitzgerald’s book was printed by the publishing wing of Australia’s premier seat of Marxist learning, Latrobe University, so its decidedly pro-multicultural stance should come as an incredible surprise to all. But here’s where things get interesting. Fitzgerald praises Hamilton’s expose of Chinese treachery.

Anyone keen to understand how China draws other countries into its sphere of influence should start with Silent Invasion. This is an important book for the future of Australia. But tug on the threads of China’s influence networks in Australia and its global network of influence operations starts to unravel.

Has Fitzgerald done an about-face on his glowing estimation of smiling, peaceable, hard-working Chinese Aussies?

All he and Hamilton have done is underscore the menace of Chinese communism. The problem as they see it isn’t racial but ideological. Chinese communists pose a threat to Australia purely because of what they believe, not because they and the Chinese as a whole are racially different from us. The notion that DNA is the primary driving force behind Chinese treachery is unthinkable to mainstream academics like Hamilton and Fitzgerald. Thus their conclusions are at best nothing more than half-truths.