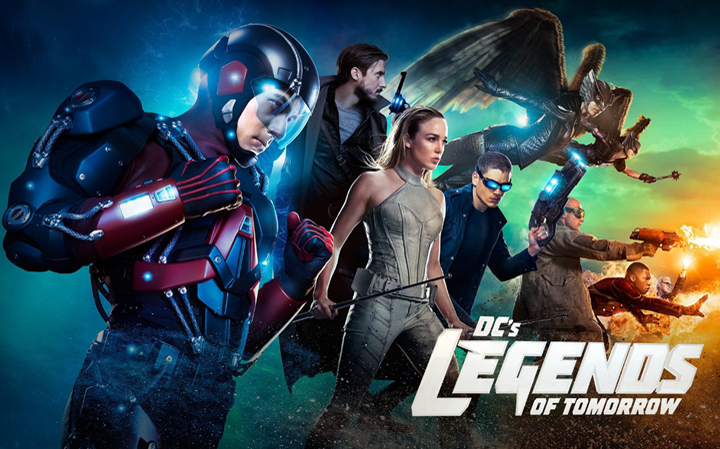 This is an article I posted on the first incarnation of the CIOz blog in 2016. I’ve posted it on this, the second incarnation, because it highlights TV’s blatant demonization of whites. More and more of our people are waking up to this ceaseless attack on their race and who is behind it (rhymes with “poos”) and why. It is the why that will ultimately open their eyes to whom God’s true chosen people are.

What do you get if you cross the Days of Noah with Sodom and Gomorrah?

Name any type of interracial pairing or sexual perversion and if Jew TV producers haven’t already depicted it as an instant cure for all life’s problems, then just give them a few minutes. Television programming, be it drama, comedy, documentary, or news commentary, is just one big call for the white race to sin. And sin and sin and sin.

What’s so bad about sin?

Sin can kill us as surely as a craniectomy performed by a Bantu witch doctor. Kill us spiritually, racially, physically utterly. Why do you think the Juden are so mad keen for us to commit it? They know that the curses itemized in Deuteronomy 28 will come gunning for us once we set foot outside the confines of God’s law.

Legends of Tomorrow may not be the most insanely liberal TV series ever made. Modern Family is probably more deserving of that accolade. But as far as single episodes that go the extra parsec to corrupt Adamic kind are concerned, “Night of the Hawk,” episode eight of season one, is pretty hard to beat. Plus it tosses in enough unintentional comedy to make Vincent Van Gogh die laughing.

For those unfamiliar with Legends of Tomorrow, and good on you, it’s about an uneasy alliance of superheroes and supervillains who travel back and forth in time to thwart the evil schemes of Vandal Savage, a swarthy immortal who can bench press the cast of The Biggest Loser. The legends comprise a karate-chopping lesbo, a whining Jew professor, a flying slope-headed sambo, a winged mulatto warrior chick, a poofter with a freeze gun, a normie with a flame gun, a beefcake nerd with a super-powered suit, and a time-flitting English gentleman who brought them all together.

Our heroes and villains learn Savage has taken up residence in Harmony Falls, Oregon, in 1958. When the English gentleman shows them a newspaper photo of the town’s main drag, the slope-headed sambo asks what Savage sees in “Pleasantville”, which should give the viewer a clear idea of where the episode is headed, politically speaking. The beefcake nerd remarks that Savage had coffee with Hitler. Although David Irving has yet to confirm this.

The English gentleman and the freeze-gun poofter approach the town’s lunkhead sheriff, looking for intel on some serial murders that bear Savage’s MO. They tell him they’re FBI agents. Being a lunkhead, he accepts the falsehood and gives them what they’re after.

While the debate is raging, two straight white males stalk past the window, glaring at the slope-headed sambo like Gestapo agents gypped by a Yiddish tailor.

Now, what was that about idyllic?

In one of the episode’s comedy highlights, the slope-headed sambo observes how in horror movies perfect towns like Harmony Falls are ruined by alien beasts.

A dishy white brunette sitting all alone catches the slope-headed sambo’s eye. Believing she has important intel on Savage, he jigaboos up to her.

A KKK cross goes up in flames. At least in the minds of several glowering white teens seated nearby it does. Not that the slope-headed sambo notices. He’s too busy employing a primo pickup technique involving a French fry and a strawberry milkshake that has the dishy brunette all hot and bothered in seconds. Literally.

The two Hitler Youths seen outside the diner window ask the dishy brunette what she sees in such a loser. Apparently the screenwriter forgot how to spell nigger. The slope-headed sambo tells them to take a hike or else. Fearing a steep rise in his insurance premium, the owner of the diner orders the pair of blue-eyed devils outside faster than you can say Jane Elliott.

Impressed with the slope-headed sambo’s bravery under racist fire, the dishy brunette does what every attractive young white woman of the time would have. She invites a darky on a date.

Back at the mental hospital, Professor Jew instructs the karate-chopping lesbo to fetch him files on every patient with a history of violence. She enters a file room, giving a hot nurse there a smile that softly whispers, “Sit on my face.”

The sleazebag doctor marches in and tries to chat up the hot nurse. She’s not interested. But he refuses to take “Get lost, creep” for an answer. The karate-chopping lesbo comes to her rescue by making him spill coffee on himself. He flees the room. He has to. He’s wet his trousers.

Grateful, the hot nurse laments that the doctors are always coming on to the nurses, most of whom don’t mind because they want to get married. Most but not all. At this point, one half expects Eric Idle to waltz into frame, going, “Nudge, nudge, wink, wink, say no more.”

Vandal Savage welcomes the mulatto warrior chick to the neighborhood. Whatever Hitler put in his coffee wasn’t enough for him to turn his nose up at the racially confected.

That night, she and the beefcake nerd attend a house party hosted by Savage. Savage reckons she’s the most beautiful woman there. So what happened to all the attractive white women? It must have been their bowling night.

For those taking notes, the mulatto warrior chick also goes by the name of Hawk Girl. Hawk Girl is one of a growing number of transracial superheroes who started life as white before race-reassignment beckoned.

The karate-chopping lesbo leaves with Professor Jew. He criticizes her for seducing the hot nurse, whom she knows she’ll have to leave behind in this stiflingly repressed era, yearning to experience the joy of unbridled cartography. The karate-chopping lesbo says she wished somebody would drop into her life to tell her the future is going to be a better place. Better for lesbos, anyhow.

Bring on the Man-Bird Monsters!

Savage makes an emergency trip to the mental hospital to ensure that Tommy, one of three man-bird monsters locked in a cell there, doesn’t julienne any more orderlies. Until recently, Tommy and the others were high school jocks. Where did they go wrong?

Onboard the English gentleman’s time-tripping space jet, the slope-headed sambo prepares to go on his date with the dishy brunette. Not wanting to look out of place in 1958, he dresses like one of the cast members of Saturday Night Fever. The English gentleman advises him to exercise caution. After all, the dishy brunette is a white girl living in a very unenlightened community. “An immortal psychopath and racists,” the beefcake nerd says. “I’m beginning to like this quaint little town less and less.”

The slope-headed sambo and the dishy brunette are parked in Lovers’ Lane. Itching to climb aboard his ho train, she gives his rubbery lips a taste of her spit. He pushes her away. Like all young, virile black males, it’s knowledge not cheap thrills he’s after. He enquires about her missing boyfriend, Tommy, who, unbeknownst to her, has gone the full man-bird monster.

A cop pulls them over for speeding. The slope-headed sambo struggles to explain what a badly bleeding white girl is doing in the front of “his” car. Unusually open-minded for a small-town law enforcement officer, the cop whacks him on the head with a flashlight and drags him away, unconscious.

The karate-chopping lesbo has a heart-to-heart with Professor Jew. She says that since being resurrected from the dead (an event that took place in the TV series Arrow), she’s been scared to open up to anyone emotionally. That’s why she ran away from the hot nurse rather than give her an oral sponge bath.

A Little Jab Will Do You

The slope-headed sambo comes to strapped in an operating chair in Savage’s lab. Savage injects him with a luminescent blue extract from the meteorite, turning him into a slope-headed man-bird monster.

The mulatto warrior chick pays Savage a surprise visit and tries to stab him with a magic dagger. He wrests it from her. Taking a moment to spout some gravely needed expository dialogue, he says the man-bird monsters are an attempt to build an army of beings like her. That he chose only males to achieve this inevitably brings to mind Supernaut’s “I Like It Both Ways”.

Professor Jew and the freeze gun poofter encounter the slope-headed man-bird monster in the mental hospital’s basement. A strategically placed freeze gun zap enables them to give him the slip.

The mental hospital is now overrun with man-bird monsters. Forgoing karate chops for a big stick, the karate-chopping lesbo brains a man-bird monster that was about to make chilli con carne out of the hot nurse.

The mulatto warrior chick lies helpless on Savage’s office floor. All out of expository dialogue, Savage goes to slice and dice her with the magic dagger, when the beefcake nerd bursts in and defenestrates him with a power glove blast.

The slope-headed sambo feels bad about trashing the car the dishy brunette’s father let her borrow for their date, so he gives her a brand new T-Bird. As this is a mainstream TV series, the odds of his having stolen it are about the same as that of Joel Osteen preaching that the Jews killed Christ.

The dishy brunette wishes out loud that the slope-headed sambo didn’t have to go. He says he doesn’t belong in Harmony Falls and neither does she. He asks her to promise him that she and Tommy, who’s a man-bird monster no more, will leave it ASAP. The sooner they can get away from the archaic town, with its full employment, low crime rate, pristine public schools, and high standard of living, the better off they’ll be.

Not long after, a squad of futuristic Stormtroopers launches a surprise attack on the space jet. The ensuing fire fight causes the jet to lift off prematurely, stranding the beefcake nerd, mulatto warrior chick, and karate-chopping lesbo in Harmony Falls.

There goes the neighborhood.