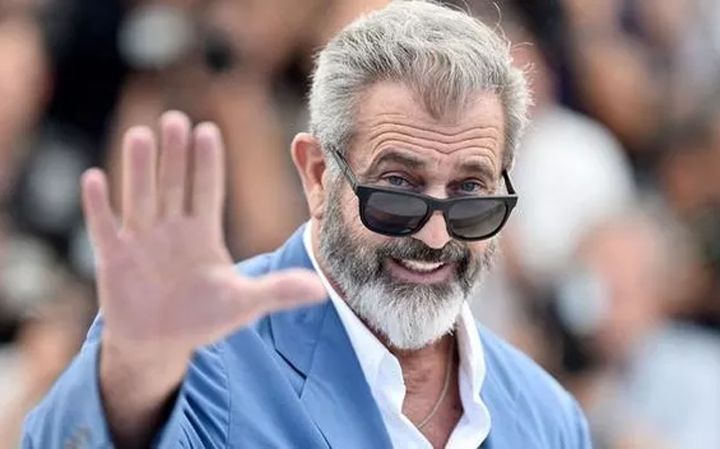 In the early ‘90s, long before I converted to Christian Identity, I bought a copy of a booklet titled The Hidden Tyranny from a politically blasphemous bookshop in the Melbourne CBD. The Hidden Tyranny is alleged to be the transcript of a highly confidential interview a concerned patriot, Walter White Jr., conducted with Harold Wallace Rosenthal, the Jewish senior aide to American Senator Jacob K. Javits, another Jew.

A few pages into the transcript, I began to smell a concerned patriot rat. The whole thing read like a very bad script written by someone desperate to wake slumbering whites up to the evil of the Jewish race. Someone not averse to using deceit to get the job done.

Rosenthal was killed by Islamic terrorists in Istanbul, Turkey in 1976, but the paid interview he agreed to do with White wasn’t published until 1978. Why the long wait? White claims it was out of respect for the dead Jew and his family. Considering that White was an associate of Tom Metzger’s and shared his views on the Juden, this is extremely unlikely. Then there’s the question of how much money Rosenthal was supposedly paid. It must have been many thousands of dollars for him to be as candid about the JQ as he was. How did White get his hands on that kind of dough? People in the pro-white movement aren’t known for their vast personal wealth. Also, why wasn’t Rosenthal concerned about the repercussions of the interview? Saying the “anti-Semitic” things he did constituted an act of professional suicide. Once word of the interview got out, his political career would have been over.

Wikipedia has some interesting tid-bits to offer regarding the booklet’s dubious authenticity:

In 1978, a pamphlet entitled The Hidden Tyranny included an interview conducted by Walter White purportedly with Rosenthal that claimed Jewish Americans had implemented a Protocols of the Elders of Zion style plan to take over the world. The pamphlet was republished in the 1990s and distributed in Idaho by the 11th Hour Remnant Messenger, funded by wealthy entrepreneurs Vincent Bertollini and Carl E. Story. The Anti-Defamation League has called it “a fabricated document” and questioned why the author would “wait to first publish the booklet until 1978, years after he had ‘spoken’ with Rosenthal, who was killed by terrorists in 1976.” Tom Metzger reported in the White Aryan Resistance website “that interview never took place. Walter White operated free and loose on some subjects, like this one… that interview is bogus.” Daniel Levitas in his book The Terrorist Next Door: The Militia Movement and the Radical Right attributed the bogus interview to White’s wife, Opal Tanner White, an aide to Gerald L. K. Smith, writing “since Rosenthal was dead, White was free to attribute anything she wished — however scurrilous or hateful — to the onetime Javits aide.”

It’s plain that White (or his wife) concocted the Rosenthal interview. Why he did is something only he could answer. That’s if he’s still with us. Maybe he thought he’d give the racial holy war a big push-start by convincing our people that a prominent Jew had finally confirmed everything “anti-Semites” have been saying about Jews for centuries. Or maybe he wanted to make White Nationalists look like a pack of lying, hateful bigots who will go to any lengths to vilify the “Apple of God’s Eye”. If the second scenario is true, then he succeeded admirably.

The reason for this trip down memory lane is that another specious admission made by a VIP about Jewish devilry has been doing the rounds of the World Wide Web. It first appeared online last year but seems to have captured the public’s imagination in this the year of our Lord 2020. The VIP in this instance is purportedly Mel Gibson.

The story goes that following an appearance on The Graham Norton Show, Gibson told some celebrities in the show’s green room that Hollywood film studios are drenched in babies’ blood which the (Jewish) studio heads regard as a valuable form of currency. He also said plenty of other things that would warm a Nazi’s heart. But did he actually say them?

Assuming the story is legit, one of the celebrities or possibly a member of Norton’s staff must have leaked it to the media. But therein lies a major problem. It was never reported by the media. A Google search of the alleged story brings up numerous Facebook, Reddit, Twitter, and Pinterest repostings of the story but nothing from any major news outlet. How come? The media hates Gibson. Why didn’t it jump on his return to racist form like a bogan on a Hungry Jacks voucher?

Because the story is a sham.

There’s no way Gibson would have jeopardized his already tenuous relationship with Hollywood by making such explosive claims in the presence of staunch democrats like Will Ferrell and John Lithgow, who guested on the show with him.

Some mischievous individual likely posted the story on a social media platform whence it rapidly went viral. Many people automatically accepted it as fact because of Uncle Mel’s proven track record of anti-Jewish rhetoric. More than a few of them were White Nationalists and even Christian Identists.

Does Gibson subscribe to the beliefs he’s supposed to have articulated backstage at the BBC?

But even if he does, we have only an unsubstantiated rumor as proof.

That Gibson is alleged to have said something we all dearly wish he’d said doesn’t mean he did.

Yahshua proclaimed that the truth would set us free (John 8:32). Truth isn’t fake news spread on the Internet or bogus Jew confessions disseminated in print. It’s what we know and can prove to be factual. Telling porkies in an effort to hasten the day of the rope will have only the opposite effect, as will repeating phony stories about Jew-wise celebrities we believe are genuine. No one will take seriously our naming the Jew if we’re known to be purveyors of utter BS.